Every so often Sunrise Medical update and refreshes their core products. Generally, it’s in the form of an aesthetic change to keep up with the trend and style demanded in the high-end wheelchair market.

Earlier this year Sunrise Medical announced the “2016” refresh of the Quickie Helium and Helium Pro series. The update not only saw the usual aesthetic changes but also an update to the frame and back. 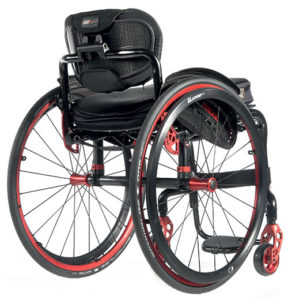 We’ve updated our Quickie Helium and Helium Pro pages to reflect the 2016 update. We’ve also uploaded the new Helium order forms and colour guides so you can check out the new styling options. Take a look and let us know what you think in the comments below.

The future for an award-winning wheelchair

Back in 2014 Sunrise Medical won the prestigious iF Product Design Award for the Quickie Helium. The iF Award is given out by one of the largest and most respected design bodies in the world, and being able to display their badge is a mark of honour.

Let’s hope the new 2016 generation follows in the footsteps of its predecessors and wins and award or two!

Because of the added options available with the base Quickie Helium 2016 model, Sunrise have felt it fit to discontinue the Quickie Helium Black and Colour editions. However, this isn’t much of an issue as you can replicate the style and looks of the Black and Colour editions with the new styling options available with the Helium 2016 series.

Book Your
consultation
We use cookies to ensure that we give you the best experience on our website. If you continue to use this site we will assume that you are happy with it.OkPrivacy policy